Researching any aspect of New London history can be tricky. This guide is intended to create a common starting place for college researchers from any field. If you have suggestions for improving the guide, please let us know.

New London’s Black Heritage Trail celebrates three centuries of Black strength, resilience, and accomplishment. Some of the trail’s fifteen sites explore nationally known people or incidents. Others honor people who have been nearly forgotten. Nearly all describe the determination with which New London’s Black community overcame obstacles through personal courage and by founding institutions to meet its social, political, economic and spiritual needs. Together, the sites tell a story about Black life in New London while tying into larger stories about enslavement, the Great Migration and the struggle for civil rights.

Middle Passage to New London: A significant stop on the city's Black Heritage Trail, Where We Live (8/12/2022).

Arguably the source of inspiration that gave rise to the movement to create the Black Heritage Trail was a presentation on Ichabod Pease who opened a school for New London's Black children in 1837 when he was eighty-one years old:

The mission of the National Association for the Advancement of Colored People is to ensure the political, educational, social, and economic equality of rights of all persons and to eliminate race-based discrimination.

The vision of the National Association for the Advancement of Colored People is to ensure a society in which all individuals have equal rights without discrimination based on race.

From the Digital Commons @ Conn Coll

Arboretum Bulletins (1934-) past research in the Connecticut College Arboretum has found that freed slaves lived on property that is now part of the Arboretum (see Bulletin no. 32).

Meeting Unmet Needs: The Evolution of Housing and Aid in New London 1910-1950 (2022) an honors thesis by Madison Taylor  documents New London’s connection to the events of the Great Migration and the Red Summer of 1919.

A Partial History of Connecticut College (2011) an honors thesis by Lilah Raptopoulos documents the history of Black life at Connecticut College. A snapshot of the accompanying website was made in Internet Archive's Wayback Machine and can be seen here.

New London marks historic arrival of slave ship The Speedwell on July 17, 1761, after a journey of several months from Western Africa to the Americas the boat departed with 95 enslaved persons, only 74 survived the journey... https://t.co/q9PvCvXGb5

Resolve @nlct that the story of Ichabod Pease, not taught to me growing up, shall be shared with each generation and he shall be honored henceforth as a role model to all and a blessing to our city. @NewLondonLdmrks @develop_nl @NaacpNLCT https://t.co/0STLwc7LSd @thedayct

A slave from southeastern Connecticut who fought in the Revolution is getting a proper headstone at his grave in New Hampshire. https://t.co/KNfHhN7KQe pic.twitter.com/KAVGPKCrOJ

Descendant of Thomas Jefferson and his slave Sally Hemings will visit #NewLondon on Friday. https://t.co/X8V88ECn8o pic.twitter.com/ppx8CZLijS

Books on Black life in CT 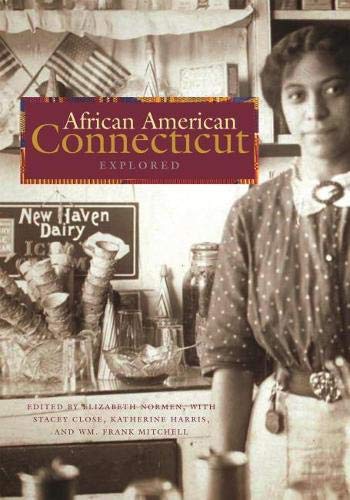 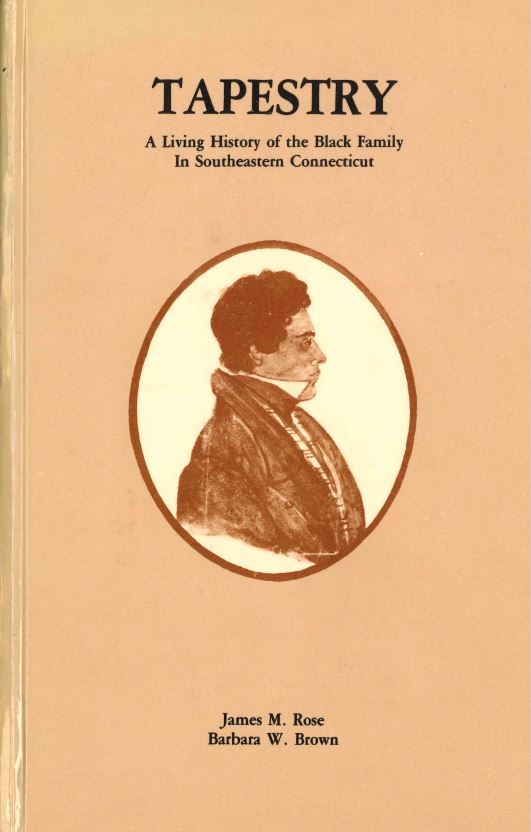 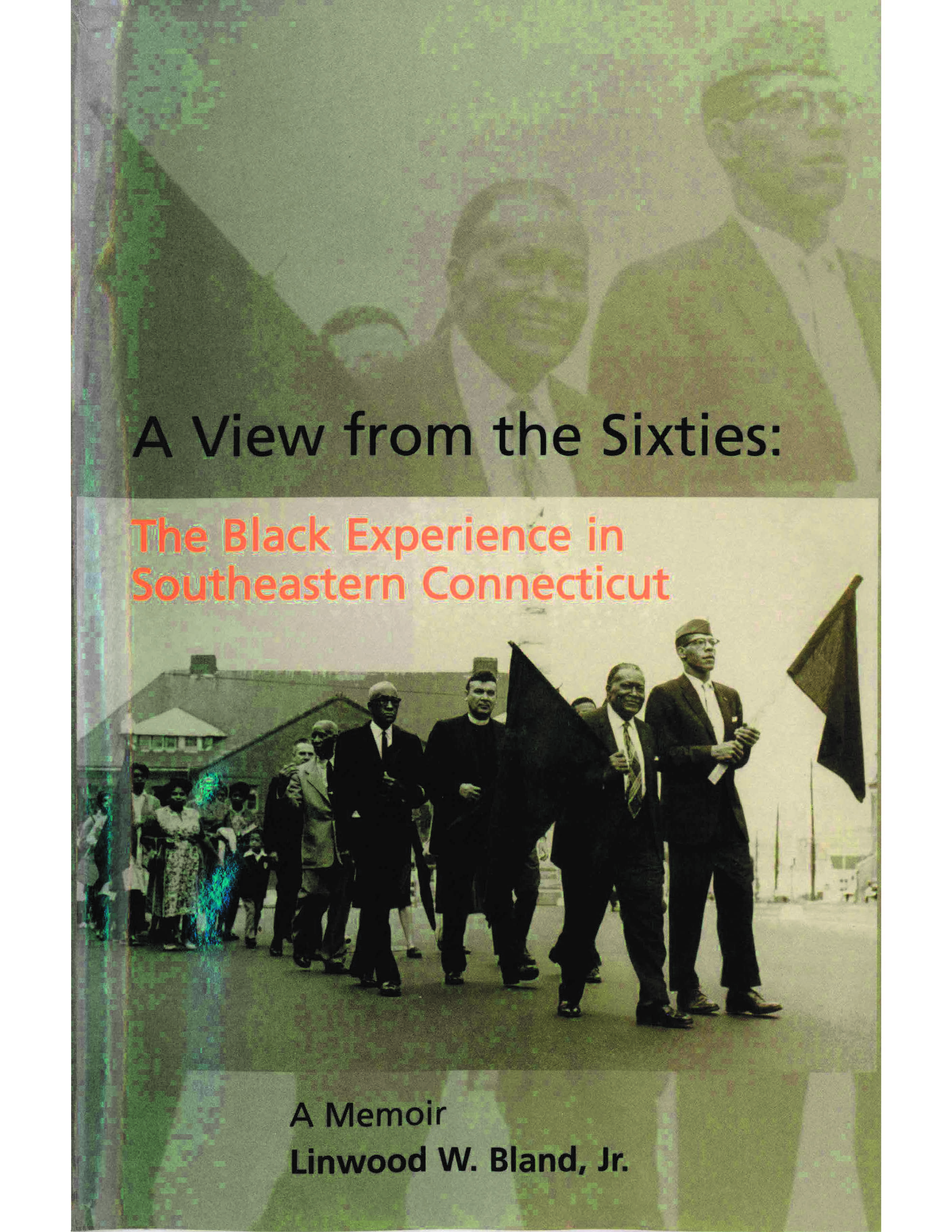 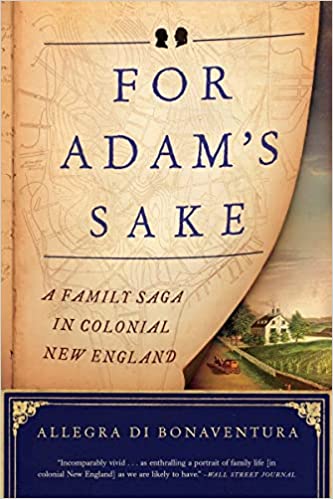 African American Connecticut Explored (Wesleyan University Press, 2013) is a collection of essays on Connecticut’s inequalities, Black politics, and Civil Rights movements, covering the state's colonization in the mid-17th century to the events of the 1970s.

For Adam's Sake: A Family Saga in Colonial New England (Liveright, 2013) describes the complexity of the master/slave relationship between Joshua Hempstead, a well-respected farmer and tradesman in New London, Connecticut, in the 1700s, and his slave, Adam Jackson.

New London: A History of Its People (City of New London 350th Anniversary Celebration, 1996), check out the chapter on African Americans in New London.

A Study of the Social and Economic Conditions of the Negro Population of New London, Connecticut (National Urban League; Council of Social Agencies, New London, Conn., 1944).

Tapestry, A Living History of the Black Family in Southeastern Connecticut (New London County Historical Society, 1979) provides a historical overview of Black families in Southeastern Connecticut from 1680 to 1865, specifically focusing on Black men’s role in the Revolutionary and Civil Wars. They also include genealogical sketches of many Black families.

A View from the Sixties: The Black Experience in Southeastern Connecticut (New London County Historical Society, 2001) is a memoir  that provides a historical overview of the achievements of New London Civil Rights efforts through the early to mid-twentieth century.

Various collections in the Lear Center for Special Collections & Archives may be relevant to the study of Black life in New London.

Jane Torrey was on the Conn College faculty.  She worked with Linwood Bland and the NAACP.

Peter J. Seng, also on the Conn faculty, was involved with the NAACP and it's publication Conscience.

Prudence Crandall collection - Prudence Crandall was an American schoolteacher and activist who ran the first school for Black girls in the United States, located in Canterbury, Connecticut. Among Crandall's first Black students was Sarah Harris from New London in 1832. The Lear Center holds material related to the life of Prudence Crandall. The archive was left to Connecticut College by Helen Earle Gilbert Sellers, who was at work on a biography of Crandall at the time of her death in 1951.

Robert Cobbledick, also on the Conn faculty, was involved in inviting W.E.B. DuBois to speak here, circa 1929. DuBois did stay in NL at Hempstead Cottage (73 Hempstead Street, one of NL's Green Book sites) in November 1929.

The dignity of goodness: A discourse, delivered at the funeral of Mr. Ichabod Pease, (a man of color,) in St. James' Church, New-London, March 5th, 1842.

[Bill of sale or indenture made by Eliphalet Adams of New London, Conn. to Joseph and Jonathan Trumble of Lebanon, Conn. whereby he sells his mulatto girl Flora, a slave for life.] (1736).

Log book of slave traders between New London and Africa, 1757-8.

The Slave's Cry (1844) newspaper published by Friends of the Slave.

Hackley and Harrison Hotel and Apartment Guide for Colored Travelers

The first Black travel guide, Hackley and Harrison’s Hotel and Apartment Guide for Colored Travelers, was published in 1930 in response to the growing number of African Americans who were purchasing and traveling by automobile, six years before the Green Book. It was created by an African American lawyer, Edwin Henry Hackley, and Sarah D. Harrison, a secretary at Connecticut’s New London Negro Welfare Council (also known as the Negro Urban League). Hackley and Harrison created their first edition soon after W. E. B. Du Bois [who lived in Great Barrington, Mass] wrote to Harrison seeking safe lodging for a trip to New London. The guide listed hotels and motels in three hundred cities throughout the United States and Canada. *

Connecticut’s Green Book Sites: A Glimpse at Forgotten History, CT By the Numbers (9/12/2020).

The New London County Historical Society is the oldest historical organization in eastern Connecticut and located in the historic Shaw Mansion in downtown New London. They maintain a large section on Black history in their files, they have an album of historic newspaper clippings related to Black life in New London, and a notebook that Linwood Bland, Jr. put together about Black trail blazers. 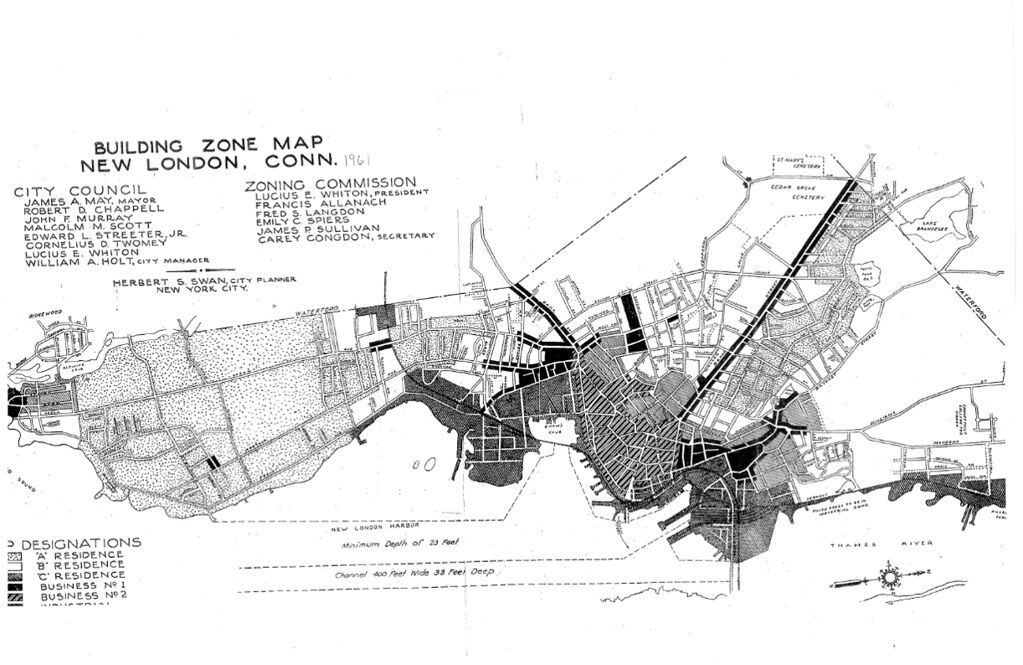 Black Heritage on the Thames River